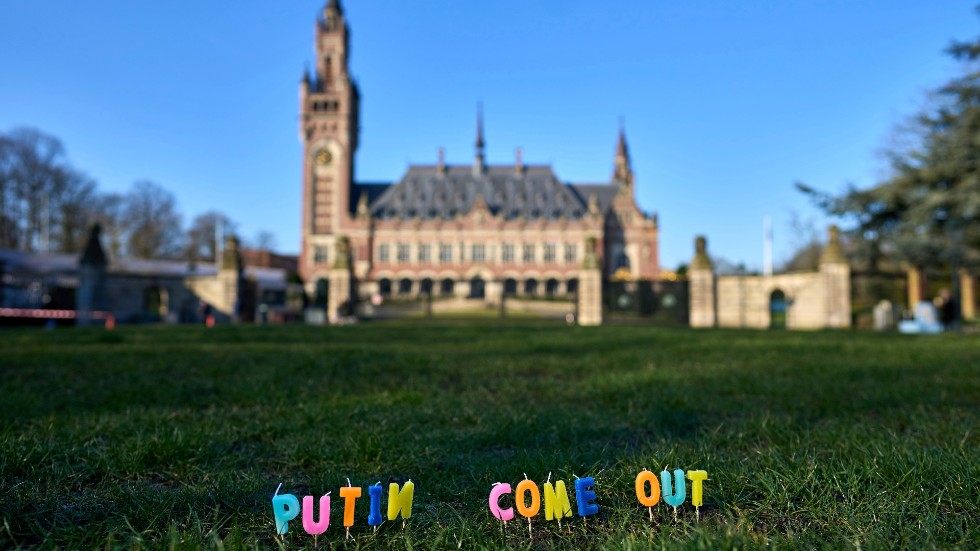 Republican hostility to international law has hurt the United States

The most basic war crime is to wage war. Article I of the 1928 Kellogg-Briand Pact, or Paris Pact, obliges its signatories to declare that they “condemn recourse to war for the solution of international disputes and renounce it as an instrument of national policy in their relations with each other”. ” Article II commits the parties never to settle “any dispute which may arise between them, except by peaceful means”.

The USSR was not invited to be an early signatory to the Paris Pact, but Grigori Chicherin, Joseph Stalin’s foreign commissioner in the 1920s, was skeptical of empty words. His successor, Maksim Litvinov, sought collective security and worked to include the Soviet Union in the family of nations. Litvinov persuaded eight neighboring states to sign what became known as the Litvinov Protocol, which came into effect in March 1929.

Although the League of Nations was established in 1920 at the end of World War I, the Soviets did not join the League until 1934, a year after Adolf Hitler’s Germany withdrew. But the Litvinov Protocol was registered with the League as “Protocol for the immediate entry into force of the Treaty of Paris of August 27, 1928, concerning the renunciation of war as an instrument of national policy”. Early signatories to the Litvinov Protocol included the Soviet Union, Poland, Latvia, Estonia, and Romania. They agreed to put the Kellogg-Briand pact into effect immediately, without waiting for the other signatories to ratify it.

Four other countries subsequently joined the protocol: Lithuania, Finland, Persia (Iran) and Turkey. Ukraine could not sign the Protocol because it was then a republic-union of the Soviet state. It lacked its own foreign ministry until 1944, when Stalin created the image of an independent Ukraine and Belarus so that they could become founding members of the United Nations and give the Soviet delegation two votes additional to the General Assembly.

All of this means that Russian President Vladimir Putin’s invasion of Ukraine violated not only the Charter of the United Nations and the Kellogg-Briand Treaty prohibiting war, but also the Litvinov Protocol which was created and signed by the ministry. of Stalin’s Foreign Affairs. Do these long-standing commitments still bind the Kremlin? Yes. In 1991, the Russian Federation claimed to inherit all the rights and duties of the former Soviet Union.

Critics have complained that the Paris Pact provides no mechanism for its enforcement. It did not prevent wars of aggression in Eurasia or Asia-Pacific. Yet the Nuremberg Trials and the Tokyo War Crimes Trial tried and executed German and Japanese leaders suspected of starting World War II, a crime against peace. By Nuremberg logic, Putin should be arrested if he enters the jurisdiction of a UN member and brought before the International Criminal Court, or a special tribunal, to try Russia’s war crimes in Ukraine. The Biden administration has said it is gathering information on these crimes for possible prosecution in European courts.

But there is a catch. Neither Russia nor the United States recognizes the International Criminal Court. The Clinton administration helped establish the ICC, but did not seek Senate ratification, and George W. Bush subsequently “unsigned” the court’s founding document. The Bush White House rejected the ICC, it said, to shield American soldiers from frivolous allegations, but the administration may also have feared that senior officials – including Bush, Henry Kissinger and Ronald Reagan – are accused of war crimes and brought to trial. .

This approach relinquished US influence over the ICC, thus necessitating a sustained tightrope approach to protecting US autonomy, and reduced America’s ability to bring criminals to justice. of war in the future. In this, as in other areas, Republican myopia has prevented the United States from using international law to serve its own interests.

This pattern dates back to the 1920s when Republican senators—ignoring William Howard Taft’s calls for a League to enforce peace—blocked the United States from joining the League of Nations, undermining its ability to arrest the Japanese Tōjō Hideki, the Italian Benito Mussolini or Hitler.

After attacking the leftist Sandinista government in Nicaragua, the Reagan administration in 1985 renounced the United States’ commitment to the compulsory jurisdiction of the International Court of Justice, thus weakening the foundations of world order. Republicans have also blocked their country from endorsing the Law of the Sea, now invoked against Beijing in the South China Sea; human rights laws to protect women and children; and climate protocols to help reduce global warming.

Bush unilaterally abrogated the 1972 Anti-Ballistic Missile (ABM) Treaty, a cornerstone of strategic arms control. Donald Trump destroyed what was supposed to be another cornerstone of arms control and peace in the Middle East: President Obama’s 2015 Iran nuclear deal, the Joint Comprehensive Plan of Action (JCPOA). Trump’s withdrawal from the Paris climate accord has set a negative example for China and other polluters to continue endangering the health of people around the world, including Americans.

Climate change: Biden, give the kids their day in court NATO’s response to the Putin Doctrine will shape its operations for years to come

Ukraine initially did not sign the statute of the International Criminal Court, but joined the ICC in 2015 after Putin annexed Crimea and invaded Ukraine’s Donbass region. So kyiv could now bring charges against Putin in court. British politician Sajid Javid said the UK would help gather evidence.

If the United States wants to leverage its influence in global affairs, it should support global law instead of breaking it.

Walter C. Clemens is associated with the Davis Center for Russian and Eurasian Studies at Harvard University and Emeritus Professor of Political Science at Boston University. His books include “Can Russia change?” and “The republican virus in the body politic.”

A Japanese look at America