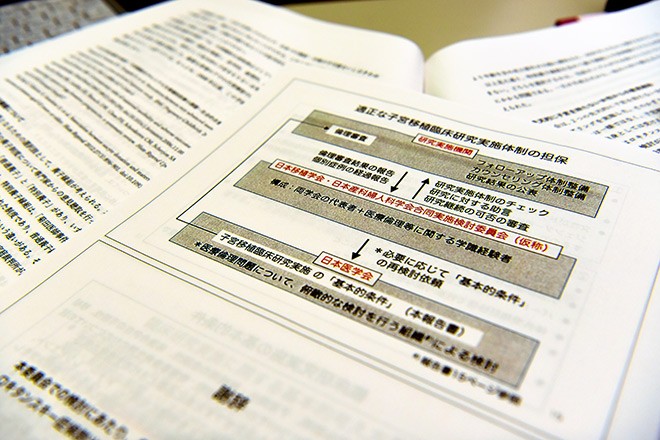 A committee of the Japan Association of Medical Sciences released a report on July 14 that paved the way for uterine transplants, a rare procedure that faces obstacles.

“At first, I was worried about finding an answer because the question is very complicated and sensitive,” said Masamitsu Iino, vice-president of the association which headed the committee in charge of studying uterus transplants, during the meeting. ‘a press conference that day. “The views of committee members sometimes disagreed, but we were able to have constructive discussions. “

The biggest problem the committee faced was that the purpose of the transplant would be to allow the woman to give birth.

This differs greatly from other transplants whose primary purpose is to save the life of the recipient. In addition, committee members were to consider authorizing a transplant operation with major health risks to the donor and recipient.

According to one report, there were 85 cases of uterus transplants in 16 overseas countries in March and 40 resulted in the delivery of a baby.

In many of these cases, an in vitro fertilized embryo is placed in the transplanted uterus. But the uterus is removed after childbirth due to the need to continue using immunosuppressive agents to prevent the body from rejecting the transplanted organ.

In Japan, an estimated 60,000 to 70,000 women between the ages of 20 and 50 were born without a uterus or had the uterus surgically removed due to tumors or other causes.

Mayer-Rokitansky-KÃ¼ster-Hauser syndrome (MRKH) is a condition in which a woman’s vagina and uterus are either underdeveloped or absent. About one in 4,500 women would have the syndrome.

Although there have been no uterus transplants in Japan so far, a team of researchers from Keio University plans to conduct clinical research involving women with MRKH syndrome.

There are also legal obstacles that must be removed.

The Japanese organ transplant law does not include the uterus as an organ that can be removed for transplantation from a brain dead person.

For this reason, the report only allowed transplants from living donors in very rare cases to conduct clinical research.

But even if the law were revised, organ donation from brain-dead people is still not widespread in Japan, meaning it would be nearly impossible to plan a uterus transplant operation.

Experts were divided in their views on the latest report.

Nobuhiko Suganuma, professor of reproductive medicine at Nagoya University of Arts and Sciences who heads the Japan Society for Uterine Transplantation, said providing an alternative for women who wish to give birth was a positive development.

But Yukiko Saito, associate professor of medical ethics at Kitasato University, has expressed concerns about approving available technology simply because there may be people who want to use it.

“Unless a principled conclusion to be used as a basis is reached, there will be no reason to decide in the future which people and what type of organ transplants should be allowed,” Saito said. . “This would lead to new concerns about an ever wider range of organ transplant possibilities.”

(This article was compiled from reports by Kai Ichino, Mirei Jinguji, Kazuya Goto, and Akiyoshi Abe.)

Welcome to the Tokyo Olympics, where public health, money and politics collide