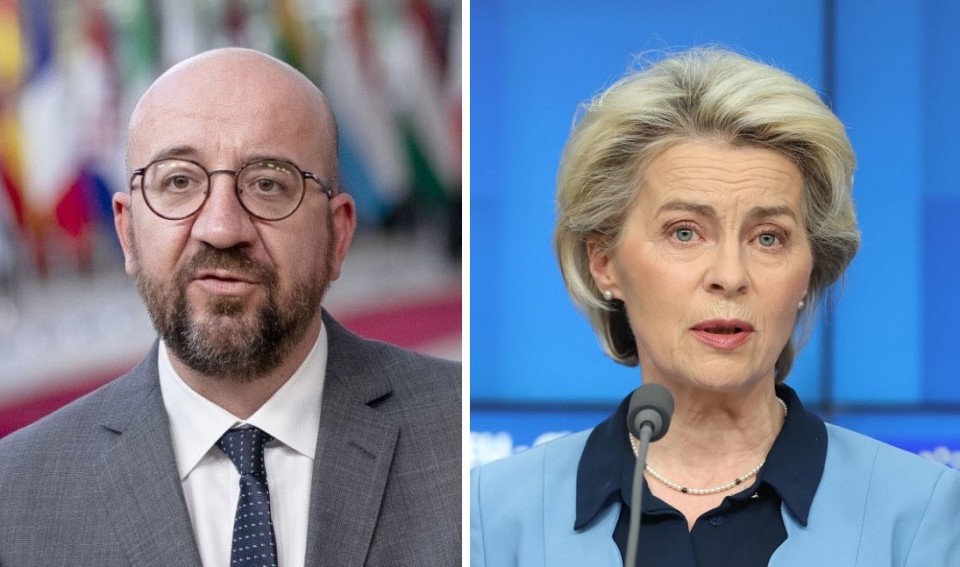 The EU said on Thursday the summit will provide “an opportunity to showcase the ever-deepening and dynamic alliance” between the regional bloc and Japan, which have similar values, including a commitment to upholding the international order based on on rules.

This will be the first visit by the two EU leaders to Japan since taking office in December 2019.

They will discuss with Kishida further cooperation and alignment on sanctions against Russia and concrete ways to provide humanitarian, political, financial and material support to Ukraine, the EU said.

They are also expected to talk about China’s growing regional assertiveness and confirm the importance of peace and stability in the Taiwan Strait. Beijing sees the self-governing democratic island as a renegade province to be reunited with the mainland, by force if necessary.

Topics on the agenda will also include strengthening collaboration on climate change and digital partnership, as well as lifting travel restrictions that have been put in place in response to the COVID-19 pandemic.

Kishida said in London on Thursday that Japan would further relax its border controls in June to bring them into line with other Group of Seven countries.

At the end of the summit, a joint declaration should be adopted. The last EU-Japan summit held in May last year was held via video conference due to the pandemic.

FEATURE: An ex-Chernobyl evacuee forced to leave his homeland this time by war

Russia bans entry of Japanese PM and 62 others indefinitely

Okinawa asks for Tokyo’s help to reduce tensions with China