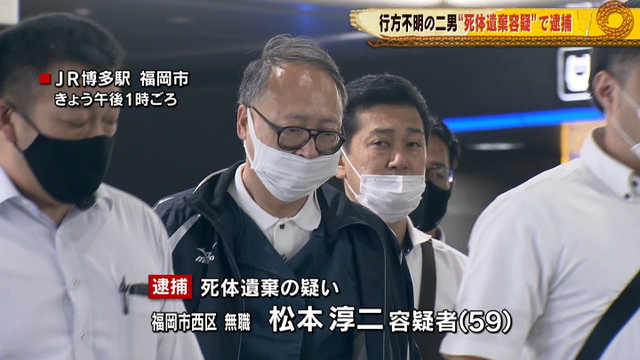 FUKUOKA (TR) – Police arrested a 59-year-old man last month on suspicion of leaving his parents’ bodies in a refrigerator at their residence in Fukuoka City, reports the Nishi Nippon Shimbun (July the 5th).

At around 9 a.m. on Sunday, police apprehended Junji Matsumoto, of no known profession, in the parking lot of a hotel in Kyoto city.

Upon his arrest on suspicion of abandoning a corpse, Matsumoto admitted the allegations.

On June 28, officers working for a tip entered the residence in the Nishi district of Fukuoka City and found the bodies inside the industrial glass-door refrigerator.

Police later confirmed the bodies were those of the suspect’s parents, Hirokazu, 88, and Makie, 87. The results of the autopsies did not reveal the cause of death.

Matsumoto shared the residence with his parents. A witness told police they saw him shopping at a department store in Tenjin with Makie on June 20.

Earlier on June 28, a relative contacted police after the occupants of the residence “lost contact” for an extended period.

When the police arrived, the refrigerator was taped shut. Examination of the corpses revealed no signs of external wounds.

Police said Matsumoto fled the residence by bicycle on the night of June 23. He then traveled by train to Yamaguchi and Shizuoka prefectures, where he stayed in hotels.

Police are currently investigating the circumstances that led to the incident.

Xi’s ambitions and concerns: 5 takeaways from the centenary speech