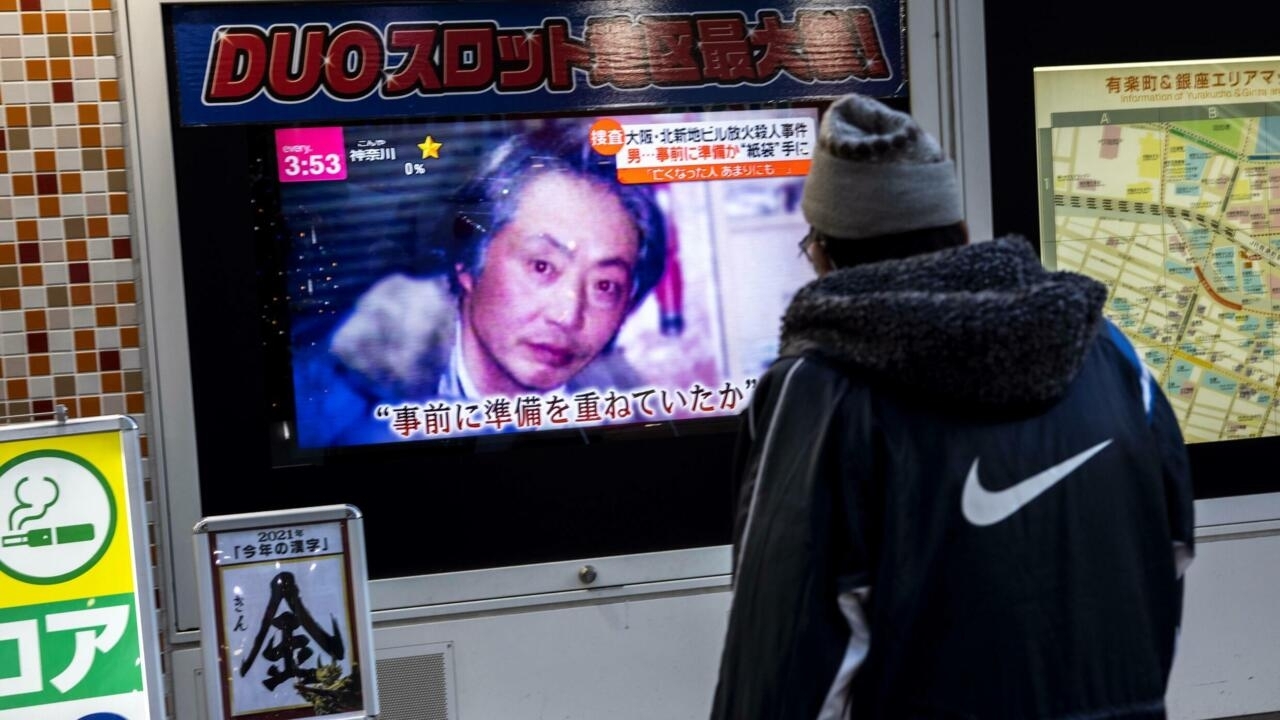 Arson suspect in Japan that killed 25 in hospital

Morio Tanimoto was in critical condition, suffering from burns and carbon monoxide poisoning following the deadly attack on Osaka on December 17.

“The suspect died today,” an Osaka police investigator, who declined to be named, told AFP, without giving further details.

Tanimoto, a former patient at the clinic, died before he could be questioned by police, the investigator said.

The blaze raged for half an hour, devastating the fourth floor of the cramped commercial building where the clinic was located, which also provided general medical care.

Japanese media said most of the victims were believed to have been killed by carbon monoxide poisoning and may have been trapped inside the unit with the exit blocked.

Last week, another investigator told AFP that footage from a security camera appeared to show Tanimoto holding paper bags as he arrived at the clinic.

The man put the bags on the ground at the entrance, “then some kind of liquid escaped from the bags,” the investigator said.

“He crouched down on the ground and his hands seemed to move, then flames were seen to shoot out from the liquid.”

Deadly fires are unusual in Japan, which has strict building standards, and violent crime is rare.

A year ago, a man was charged with arson murder in 2019 against a Kyoto animation studio that killed 36 people, the country’s deadliest crime in decades.

The attack sent shockwaves through the anime industry and its fans in Japan and around the world.

And in recent months, there have been a series of assaults on trains and stations, several involving fires and knives.

On Halloween, a man was arrested in Tokyo for attempted murder after he allegedly stabbed a passenger and started a fire inside a moving train, wearing an outfit reminiscent of the comic book villain the Joker.

Nobuo Komiya, professor and criminology expert at Taisho University in Tokyo, told AFP that the repeat of large-scale arson may be due in part to Japan’s strict gun laws.

“If a criminal gets angry with something, one of the easiest ways to take violent action in Japan is to start a fire. In the United States, the easiest way would be to use a gun. “, did he declare.

“The use of knives and swords creates a greater psychological and physical obstacle, as you have to get very close to the target of your attack.”

Editorial: As Japan lowers the age of majority, education on rights and…

Meet Japan’s Busy “Do Nothing Rent-a-Man”