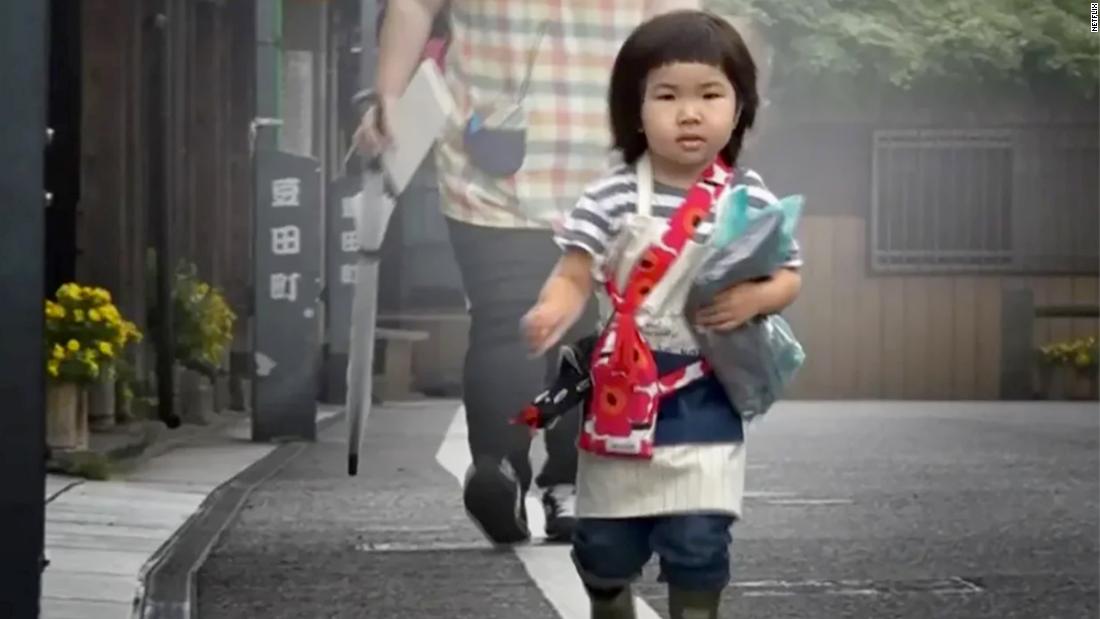 Are Japanese toddlers as independent as Netflix’s Old Enough?

“Izakayas (informal bars that serve alcohol and snacks) are busy establishments,” he said. “There is very little room for mistakes.”

Ishii, the eldest of two boys, often went to the market in the morning to buy rice, vegetables and eel, then took the bus to pick up the restaurant’s laundry at a laundromat a few blocks away. It was hard work and “a huge responsibility”, he said, and “very overwhelming at first”.

He was only five years old.

“I cried whenever people in the shops or at the market asked where my parents were,” said Ishii, now 28. “After all, I was just a kid and it was my first real foot in the world. It was scary.”

Young children shopping alone for adults are not uncommon in Japan. It’s a tradition that has caught the attention of viewers around the world since Netflix began airing reruns of a hugely popular Japanese variety show from the 1990s.

“Old enough!” – dubbed “the healthiest show you’ve ever seen” by the streaming giant when the show debuted in March – is an unscripted series in which Japanese toddlers aged 2 to 5 are sent running simple errands to help their parents, entirely unsupervised and often navigating busy roads and transportation systems.

In one episode, two bickering preschool cousins ​​are forced to work together to navigate traffic lights and cross streets, while delivering a bag of groceries to their grandmother. After a few tears, they finally arrive at their destination and learn to put aside their differences. One of the show’s most popular episodes sees a 3-year-old girl named Yuka venture to her local market to help her mother buy fresh seafood for dinner – charming the vendors in the process.

The show was widely acclaimed in Japan when it debuted on Nippon TV in 1991 and reruns have also been a hit, although American audiences are not sure what to make of it.

The response to the show in the United States ranges from amusement – Selena Gomez parodied it in a skit for “Saturday Night Live” – ​​to disbelief, shock and condemnation.

“Do this in the US and the child will never be seen again,” one viewer wrote on Twitter. “It’s crazy that they just let them hang out in public,” said another. Some have even accused Netflix of “promoting child neglect and endangerment”.

For some American parents, there is even a slight sense of envy that some of their Japanese counterparts are apparently able to let children roam free and safe, knowing that Japan’s relatively crime-free environment means there is little likely to be injured.

“I don’t think I could have done this with my kid at such a young age,” one Twitter user said. “I would have had a complete panic attack knowing how accident-prone she is and all those weirdos in the world.

“Maybe it only works in Japan. It’s a wonder to behold.”

The show’s creators maintain that it is safe and that the production staff and film crew are still there and on standby. Some even wear costumes to pretend to be road electricians or regular passers-by but are at all times “ordered not to engage in conversation” with the children.

“They know that when a child talks to them, they should handle the situation like an adult would and they are instructed not to engage in conversation with the child,” executive director Junji Ouchi said.

Ouchi said the original idea behind the show was to “document the ‘racing tradition’ before it gradually fades away”.

“Family situations have changed drastically in the 30-plus years since we started this, but in Japan the tradition of sending kids out shopping remains,” he said. “We didn’t feel like we were doing a TV show. It was more of a documentary. (We tried) to find families who would allow us to record their stories.”

Children, of course, are not always successful in their missions and the challenges are many. Races get lost or forgotten and there are many distractions along the way. But there’s no disaster – something that has added to skepticism from some critics who question whether it’s staged.

But Japanese parents have defended the show’s portrayal – while noting it may not reflect life in all parts of the country.

“What you see on the show may look entertaining, but it’s definitely not staged,” said Emi Sakashita, a working mother from Tokyo now living in Singapore, who said toddlers were a lot more likely to be allowed to move freely in quieter suburbs and country towns. “Traffic and other risks are much higher in places like Tokyo or Osaka,” she said. “Parents (in these towns) usually wait until their children are much older before allowing them to go out and do things on their own without any supervision.”

Others point out that it’s common to see Japanese children going to school alone and that Japan’s low crime rate, excellent urban planning and modern infrastructure mean it’s relatively safe for them to do so. . Neighborhoods are designed with young children in mind; speed limits are low and drivers yield to pedestrians.

Sakashita, 43, who still remembers her own coming-of-age experience on the streets and on public transport, said the practice was important for “instilling independence and confidence in children”.

“But Japanese parents really cry when we see our kids go out and do things by themselves for the first time,” she said.

“We really like to see them try little by little and we want to rely on them when they are older to help us. Many of us also have little choice. We work hard and often for long hours and we don’t have not always parents or a home helper, so it is important that our children become independent.”

Her son Kanta has ventured out on his own since the age of three to buy fruits, drinks and snacks. He is now 8 years old and takes the bus alone to go to school. “He was really brave but didn’t like (independence) at first. He found it scary,” Sakashita said.

Both siblings were inspired by “Old Enough!”. “They are very impressed when they see kids on the show running errands and finishing chores,” Sakashita said.

“They even compare their ages with the kids on the show and say they do what they do too.”

Electric farms use solar energy to increase profits and crops