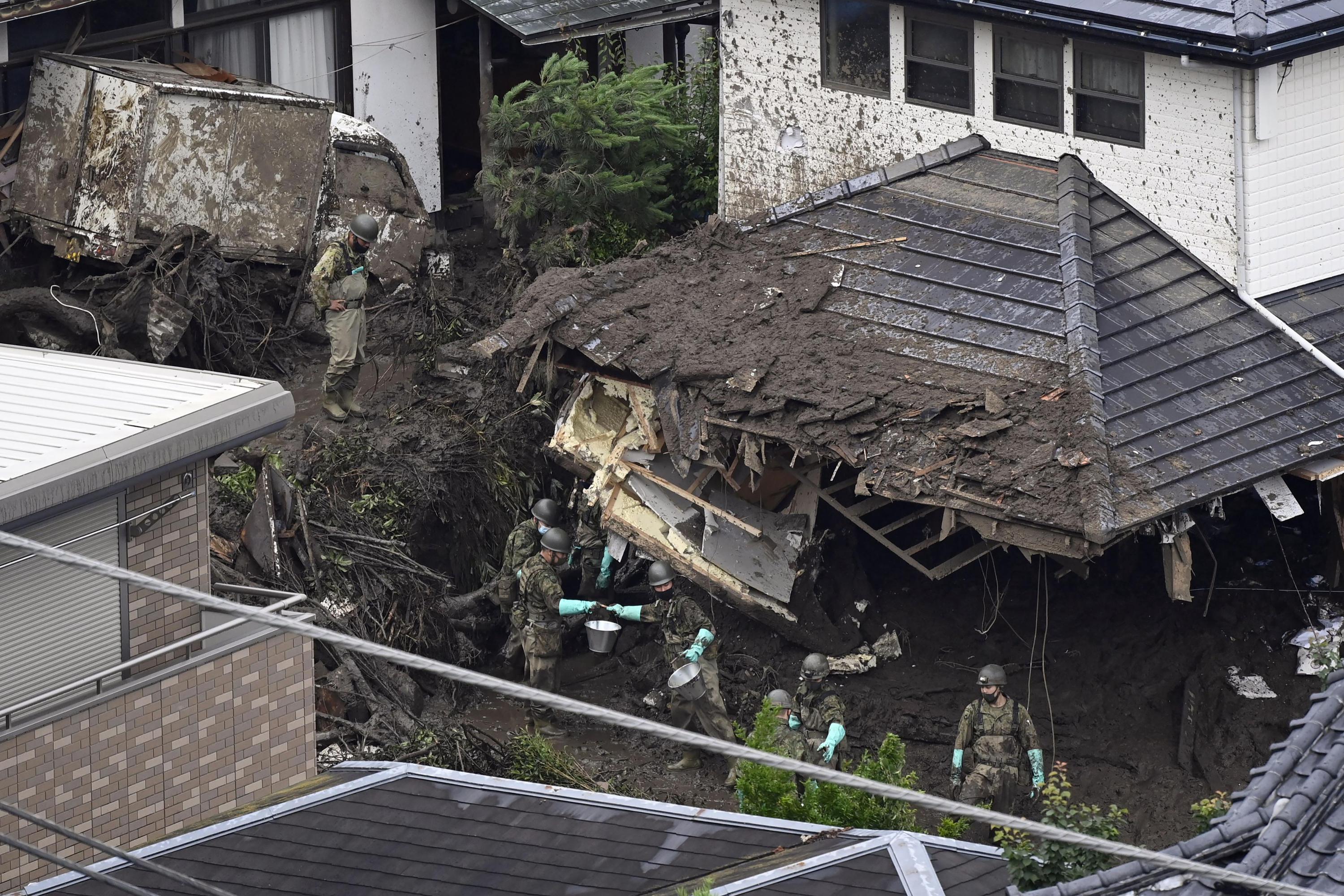 TOKYO (AP) – The mudslide that destroyed dozens of homes at a Japanese resort, killing at least seven people, started in an area with a history of alternating land and a huge mound of soil s is detached and amplified the damage, officials said on Wednesday.

They say, however, that more investigation and analysis is needed to determine whether the mound of earth was the main cause of the disaster in Atami, where on Wednesday hundreds of rescuers and dogs cautiously searched for the missing inside. houses destroyed and filled with mud. .

Twenty-seven people still could not be reached and were likely affected by the mudslide on Saturday, officials from Shizuoka Prefecture and Atami City said. Determining the numbers was difficult as many Atami residences are second homes or vacation rentals.

Mud exposed after the landslide collapsed in streets and houses was distinctly black, showing that it contained large amounts of abandoned soil from the area where changes had been made to the land.

The mound of earth was poorly constructed and was about half the volume of the previous or subsequent landslide, Shizuoka Prefecture vice-governor Takashi Namba said after a rough initial assessment.

“We can at least say that the severity of the disaster was magnified by the more than 50,000 tonnes of mound of earth there,” said Namba, a former Land Ministry bureaucrat and civil engineer.

He noted that the area had undergone other land alterations and developments, including a solar power generation complex, deforestation, land development for a housing complex, and apparently illegal industrial waste dumps. He said geological details suggest the solar complex and housing development were not the cause of the mudslide, although further examination is needed.

The mound had been there since 2010 or even earlier and contained plastic and other trash, suggesting it was a landfill rather than a development, Namba said. He also believes it was poorly constructed, without adequate drainage in an area rich in groundwater.

Officials also check for changes in ownership related to the mound and other projects.

An assessment is planned for other land developments in the country, Land Ministry officials said.

The landslide came after days of heavy rain in Atami, which, like many seaside towns in Japan, is built on a steep hill. The city has a registered population of 36,800 and is located about 100 kilometers (60 miles) southwest of Tokyo.

The disaster is yet another challenge for Prime Minister Yoshihide Suga as authorities prepare for the Tokyo Olympics, which will kick off in about two weeks. Japan is still grappling with the coronavirus pandemic.

Early July, towards the end of the rainy season in Japan, is often a time of deadly floods and mudslides, and many experts say the rains are getting worse due to climate change.

How the Wizards are preparing for their trip to Japan